Brenda emailed me the other day to say Thought you might find it "amusing" to know that the big blue bin at the top of floyd Road made it on to an episode of Spooks last night as they drove up Floyd and turned left onto Charlton Church.

I'm not a big fan of Spooks so I had a look using the BBC's iPlayer that let's you watch you episode on line, you can see it here and Brenda is indeed on the ball! As it turns out Floyd Road has a safe house for MI5, who'd have guessed!

It's really quite fun to see your local area on the big screen, it's also amusing to see them make "mistakes" such as drive along the same piece of road several times during one conversation.

Brenda's also right in that the big blue bin that used to live at the top of the street is visible in one brief shot.

Also visible during many of the other quick shots are other unemptied bins and piled up rubbish.

So I wonder if anyone from Greenwich Council has seen this? How did they feel having their failures and lack of interest recorded for all posterity in the background of a BBC show? I doubt that they care... 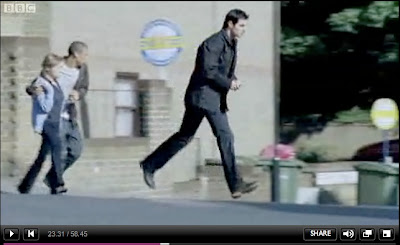 Dashing to the safe house, the young lad appears to have noticed the rubbish and is trying to comfort his mother and reassure her that not all of London looks and smells this bad, just the bits under Greenwich Council's care. 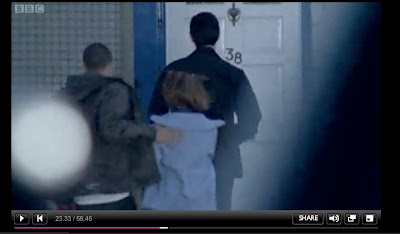 The secret safe house at number 38! 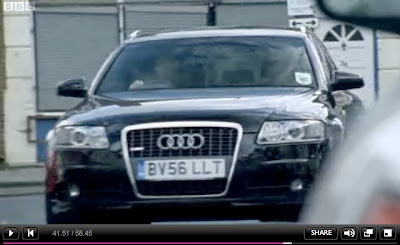 Heading away from the safe house. 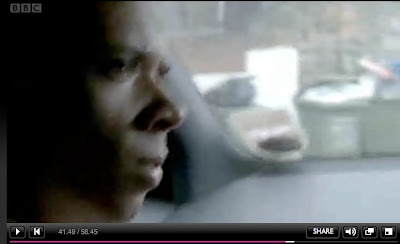 The lovely bins at the top of the road, well done Greenwich Council!

Big thanks to Brenda for making this post possible!
Posted by CA at 4:43 pm

You're very welcome. It was the first quick shot of the Valley Cafe which caught my attention, I was thinking I recognise that!

At the Plumstead Comon Environment Group (www.pceg.org.uk) we've decided enough is enough. The rubbish situation seems irredeemable around here and in the New Year will be mounting a major campaign. We're looking for ideas. Send us your photos (info@pceg.org.uk) for a lovely "Welcome to Greenwich" photo book showing what streets are REALLY like in our "Olympic Borough" and the total abseence of civic pride.

Should be local but not Blogs